Back To The Future The Musical Confirms For 2020 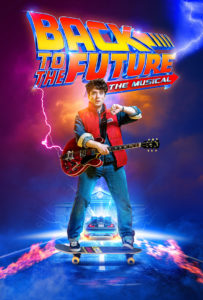 A musical stage adaptation of Back to the Future will open in Manchester next year prior to a West End transfer.

The show is being brought to the stage by producer Colin Ingram alongside the creators of the original film, Robert Zemeckis and Bob Gale.

The musical has music and lyrics by Alan Silvestri and Glen Ballard, and a book by Gale.

It will star Olly Dobson as Marty McFly, with further casting to be announced. Dobson has previously appeared in West End show including Bat Out Of Hell and Matilda.

Gale said: “Bob Zemeckis and I have been trying to get this project off the ground for years, but good things take time and finally, the time is right. Our cast is outstanding, the songs are fantastic, and director John Rando is doing an amazing job ensuring the show truly captures the magic of the movie.

“We’re thrilled that we can retell our story on stage in a brand-new way, and we’re certain that Back to the Future fans all over the world will share our enthusiasm. ”

Back to the Future will open at Manchester’s Opera House on February 20, 2020, running until May 17. The producers said it will then transfer to the West End.

The show will have choreography by Chris Bailey, illusions by Paul Kieve and musical supervision and vocal arrangements by Nick Finlow. Design will be by Tim Hatley, lighting by Hugh Vanstone, sound by Gareth Owen and video by Finn Ross.

Orchestrations will be by Ethan Popp, with dance arrangements by David Chase.