Gavin Kalin Productions is proud to work with Ambassador Theatre Group in bringing Buried Child to the West End.

‘Harris gives a masterclass performance, worth the ticket alone’ (The Arts Desk)

Described as ‘Harold Pinter meets Eugene O’Neill – a great family drama with a bitumen black heart’ (Whatsonstage) and ‘wickedly funny, full of rich black humour’(London Theatre), Buried Child is set in rural America as it reels from a recession and political unrest. The similarities between then and now are strikingly compelling with the Financial Times stating, ‘Sam Shepard’s ripe slice of American gothic with its deeply dysfunctional family symbolic of a divided and disillusioned America’.

The superlative cast includes Golden Globe winner and Emmy nominated Amy Madigan ‘Frighteningly realistic as a woman who has no idea that she is drowning not waving’ (The Times). Making their West End debuts are ‘impressive’ (Financial Times) Jeremy Irvine (Steven Spielberg’s War Horse, The Railway Man, Now is Good and forthcoming films Fallen, Billionaire Boys Club, and This Beautiful Fantastic) and Charlotte Hope (Game of Thrones, Allied) who is a ‘revelation’ (Metro).

Gavin Kalin Productions is thrilled to announce a partnership with AC Music Entertainment to bring Impossible to Asia. The production will open in Singapore in March 2017.

Having premiered in London’s West End in 2015, Impossible has gone on to dazzle audience members and critics alike with its fusion of grand illusion, close magic tricks, death defying stunts and technical wizardry. Not content with being the most astounding magic show in the UK, Impossible launched a world tour in 2016.

Be sure catch the magic spectacular from 10th to 19th March 2017, at the Kallang Theatre, before it continues to tour throughout Asia. Tickets are released soon.

The Dresser opens at the Duke of York’s Theatre in October 2016 after a four week initial UK short tour.

Starring two of the UK’s best loved actors, Olivier award winner Ken Stott as Sir and the creator of the hit sketch show the League of Gentleman Reece Shearsmith will play Norman. The Dresser will be directed by the multi-award winning Sean Foley.

Both hilarious and poignant, The Dresser explores the relationship between two men who are reluctantly and inevitably co-dependent. As World War II rages, backstage in a provincial English Theatre, an aging, once famous classical actor is troubled. Sir, the last in a dying breed of great English Shakespearean actors, is unwilling to take to the stage to deliver his renowned portrayal of King Lear. It falls to his faithful dresser Norman to rouse another great performance from him, to keep both the show and its star from falling apart.

Gavin Kalin Productions are proud to be part of the producing team bringing this fantastic play back to the UK.

Impossible returns to the West End 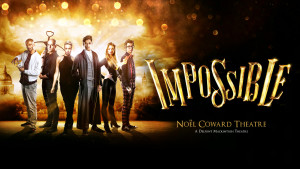 IMPOSSIBLE returns to the West End for 60 performances this summer.

The show, which features the world’s greatest illusionists including new cast members Josephine Lee, Sabine Van Diemen and Magical Bones, will begin performances at the Noël Coward Theatre on Friday 8 July and run through to Saturday 27 August (Press Night: Wednesday 13 July at 7:00pm).

Audiences should prepare to be mesmerized and baffled as IMPOSSIBLE brings together world-class performers showing off a stunning range of magical artistry. 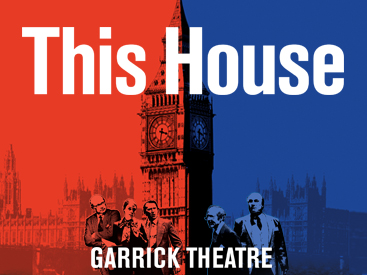 Gavin Kalin Productions are proud to announce  James Graham’s critically acclaimed political drama This House will transfer to the Garrick Theatre, following its upcoming run at Chichester’s Minerva Theatre. Having originally played two sell-out seasons at the National Theatre, and again directed by Headlong Artistic Director Jeremy Herrin, This House opens for previews on 19 November, with a press night on Wednesday 30 November 2016.

★★★★★ ‘Ferociously witty and permeated by a deep sense of the tragi-comic nature of all political systems.’ Daily Telegraph

1974. The UK faces economic crisis and a hung parliament. In a culture hostile to cooperation, it’s a period when votes are won or lost by one, when there are fist fights in the bars and when sick MPs are carried through the lobby to register their vote. It’s a time when a staggering number of politicians die, and the building creaks under idiosyncrasies and arcane traditions.

Set in the engine rooms of Westminster, James Graham’s This House strips politics down to the practical realities of those behind the scenes: the whips who roll up their sleeves and on occasion bend the rules to shepherd and coerce a diverse chorus of MPs within the Mother of all Parliaments.

Investment is expected to go fast. Contact us today for further information. 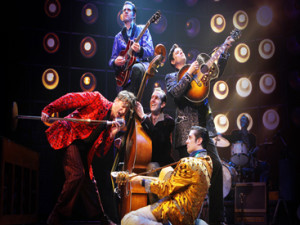 Musical Million Dollar Quartet is to embark on its first UK tour, opening at Curve in Leicester.

The show, about Johnny Cash, Carl Perkins, Jerry Lee Lewis and Elvis Presley, will open at Curve on September 14, before touring to venues including the Lyceum in Sheffield, Birmingham Hippodrome and the Cliffs Pavilion in Southend. It is currently booking until March 18, 2017.

Love Is All You Need Investment Opportunity 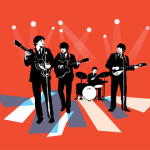 Gavin Kalin Productions are proud to announce the launch of a brand new Beatles show hitting the stage this autumn. Love Is All You Need celebrates the music of the best-selling and most influential band in history in a spectacular show featuring the very best of The Beatles’ exceptional repertoire. The production will launch this autumn and tour through 2016 prior to a West End run.

Following in the footsteps of The Beatles’ own early tours Love Is All You Need will see the Fab Four delighting audiences in venues all over the United Kingdom and Ireland. To mark the 50th anniversary of the band’s final UK tour in 1965 the show will even stop in a number of the same cities, allowing audiences to rediscover a time when Britannia ruled the airwaves and Beatlemania swept the globe.

Love Is All You Need celebrates the unlikely megastars from Liverpool who achieved more number ones than any other UK artist to date, boasting over 20 Top 40 hits and sales of over 22 million singles worldwide. Featuring many songs, including later masterpieces never performed live by the band themselves, this is truly The Beatles show you never got to see, fusing world-class musicianship with state-of-the-art theatrical effects to create an evening of spectacular entertainment.

The show is packed with dozens of The Beatles’ greatest hits including: She Loves You, I Want to Hold Your Hand, Come Together, A Hard Day’s Night, Hey Jude, Let It Be and of course All You Need is Love.

This is a very exciting investment opportunity for investors looking to be involved with a production from the very beginning.

Get in touch today to receive further information.

essays writing for me
in General 0 comments
February 24, 2015  by admin

Let It Be Investment Opportunity 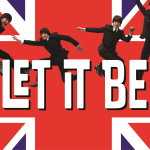 Back for it’s fourth run in the West End, the hit show LET IT BE will be running at the Garrick Theatre in the heart of the West End for 30 weeks from 28th Feb 2015.

Seen by over 1 million people worldwide, LET IT BE is jam-packed with over forty of The Beatles’ greatest hits.

Relive The Beatles’ meteoric rise from their humble beginnings in Liverpool’s Cavern Club, through the heights of Beatlemania, to their later studio masterpieces, with live performances of early tracks including Twist and Shout, She Loves You and Drive My Car, as well as global mega-hits Yesterday, Hey Jude, Come Together and, of course, Let It Be. 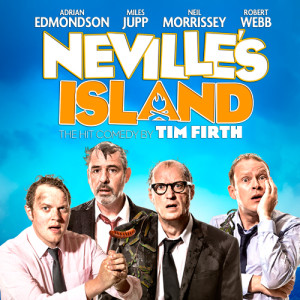 Gavin Kalin Productions is proud to announce they will be co-producing the West End transfer of Chichester Festival Theatre’s production of Neville’s Island.

Neville’s Island will be previewing at the Duke of York’s Theatre from 10th October 2014 and will run for 13 weeks.

Units are currently available but are going fast. Please contact us today if you’d like to receive an investment prospectus for this exciting comedy.

The reviews are in for Shrek The Musical

After years of planning, the UK Tour of Shrek The Musical has opened to rave reviews in Leeds.

Shrek The Musical is currently booking up to late 2015. To find your local venue visit http://shrekthemusical.co.uk/tour-dates

in General 0 comments
« Previous
Next »